The National Theatre of São Carlos is an opera house in Lisbon. It was opened on July 30, 1793 by Queen Maria I as a replacement for the Tejo Opera House, which was destroyed in the 1755 Lisbon earthquake. The theatre is located in the historical center of Lisbon, in the Chiado district. 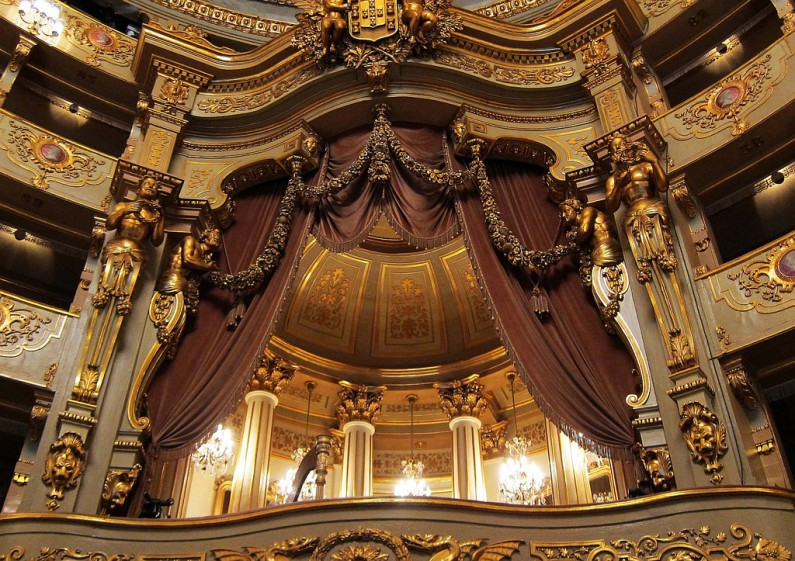 The Teatro Nacional de São Carlos, National Theatre of Saint Charles is an opera house in Lisbon. It was opened on July 30, 1793 by Queen Maria I as a replacement for the Tejo Opera House, which was destroyed in the 1755 Lisbon earthquake. The theatre is located in the historical center of Lisbon, in the Chiado district. 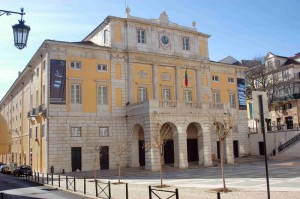 In 1792, a group of Lisbon businessmen decided to finance the construction of a new Opera House in the city. The theatre was built in only six months following a design by Portuguese architect José da Costa e Silva, with neoclassical and rococo elements. The general project is clearly inspired by great Italian theatres like the San Carlo of Naples (interior) and La Scala in Milan (interior and façade). In the early 19th century, when the Portuguese Royal Court had to flee to the Portuguese colony of Brazil to escape the invading Napoleonic troops, a theatre modelled on the São Carlos was built in Rio de Janeiro.

The main façade has a decorated clock, the Portuguese coats-of-arms and an arched entrance hall (a portico). The theatre was named after the Princess Charlotte of Spain, who had come to Portugal in 1790 to marry the future King, Prince John: Carlos (Portuguese form of Charles) is the masculine form of Charlotte. A Latin commemorative inscription dedicates the theatre to the princess.

The beautiful main room is elliptic, has five tiers of boxes and seats 1148 people. The luxurious royal box was lavishly decorated by the Italian Giovanni Appianni. The ceiling was painted by Manuel da Costa and the stage by Cirilo Wolkmar Machado.

The first opera presented here, in 1793, was La Ballerina Amante, by Domenico Cimarosa. The most famous Portuguese composer of the time, Marcos Portugal, became musical director of the São Carlos in 1800 after returning from Italy, and many of his operas were staged here.

Between 1828 and 1834, the São Carlos was closed due to the Portuguese Civil War, fought between kings Miguel I and Pedro IV. In 1850, the lighting of the interior was changed togas illumination, the latest technology available. Shortly afterwards, the Portuguese state bought the theatre from private investors. After a few failed attempts, electrical illuminationwas installed in 1887. From 1935 to 1940, the theatre was closed for repairs. In 1974 a resident opera company was established. In 1993, the Orquestra Sinfónica Portuguesa was created as the Teatro’s affiliate orchestra.

Since 2010, the artistic director of the Teatro Nacional de São Carlos is Martin André. Since 2008, the principal conductor of the Orquestra Sinfónica Portuguesa is Julia Jones.