It is a traditional shopping area that mixes old and modern commercial establishments, mostly located at the Carmo and Garrett streets. The most well-known café of Chiado is "A Brasileira", famous for having had poet Fernando Pessoa among its customers, and today it is very popular among tourists. The Chiado is also an important cultural area, with several museums and theatres. 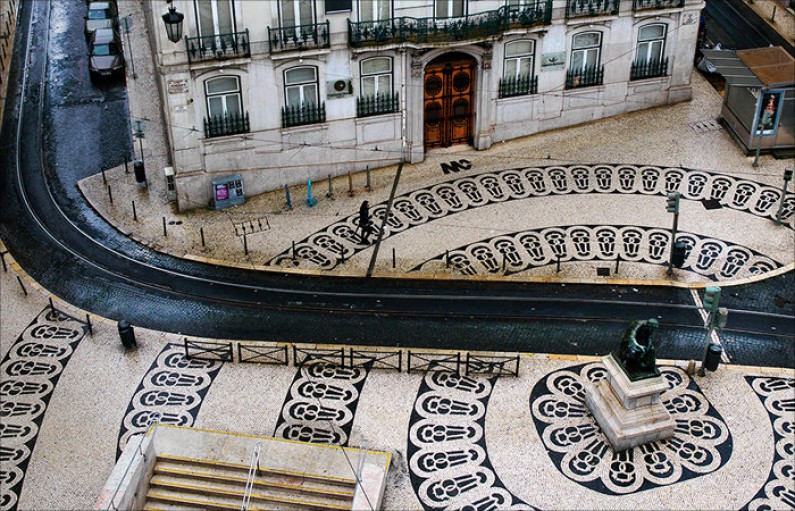 Chiado is the name of a square and its surrounding area in the city of Lisbon, Portugal. The Chiado is located between the neighbourhoods of Bairro Alto and Baixa Pombalina. 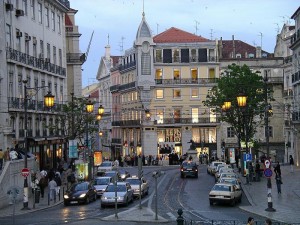 It is a traditional shopping area that mixes old and modern commercial establishments, mostly located at the Carmo and Garrett streets. The most well-known café of Chiado is “A Brasileira”, famous for having had poet Fernando Pessoa among its customers, and today it is very popular among tourists. The Chiado is also an important cultural area, with several museums and theatres.

In 1988, the Chiado area was severely affected by a fire, when 18 buildings were partially or totally destroyed. Since then, owing to a renovation project coordinated by architectÁlvaro Siza Vieira that lasted for more than 10 years, the affected area has recovered and features the highest real estate property prices in Portugal.

The toponym Chiado has existed since around 1567. Initially the name referred to Garrett Street, and later to the whole surrounding area. The most widely cited possible origin for the name is related to António Ribeiro (c.1520–1591), a popular poet from Évora who lived in the area and whose nickname was “chiado” (“squeak”). A bronze statue of the poet, by sculptor Costa Mota (tio), was placed in the Chiado Square in 1925.

The Chiado has been inhabited since at least Roman times, when several villae were present in the area. During the Middle Ages it was used for agricultural purposes and it was in its vicinity that North European Crusaders settled during the Siege of Lisbon, in 1147. After the Christian reconquestof Lisbon, several convents were founded here: the St Francis Convent (1217), Espírito Santo da Pedreira (1279), Trindade Convent (1291) and theCarmo Convent (1398).

Between 1373 and 1375, during the reign of King Fernando I, a new city wall was built that encompassed part of present-day Chiado, favouring its urbanisation and settlement. The main gate (Portas de Santa Catarina) was located in the Chiado Square. In the 16th century, the area outside the city walls (present-day Bairro Alto) was also urbanised. The gate and walls were demolished in the early 18th century. The 1755 Lisbon Earthquake greatly affected the area, destroying houses, churches and convents. The rebuilding plan organised by the Marquis of Pombal included the Chiado, and new streets were opened to link the area with the Baixa Pombalina. New churches we rebuilt in Rococo-Baroque style, like the Mártires Church, Encarnação Church and the Loreto Church, the latter belonging to the Italian community of Lisbon.

In the 18th and, especially, in the 19th century, a great number of important commercial establishments opened in the Chiado, turning it into a favourite shopping area. Some of them exist to this day, like the “Bertrand Bookshop” (opened 1747) and “Paris em Lisboa” (garment shop opened 1888). In 1792, Lisbon’s opera house, the Teatro Nacional São Carlos, was inaugurated, attracting the cultural elite of the city, and other theatres were opened in the 19th century (Trindade Theatre, S. Luís Theatre). Museums were also created, like the Archaeological Museum in the former Carmo Church and the Museum of Contemporary Art in the former St Francis Convent (now Chiado Museum). The cafés and theatres in the area were a meeting point for the aristocracy, artists, and intellectuals at least until the 1960s. It eventually became a beloved touristic site thanks to its picturesque streets and squares, cultural attractions, cafés and shops.