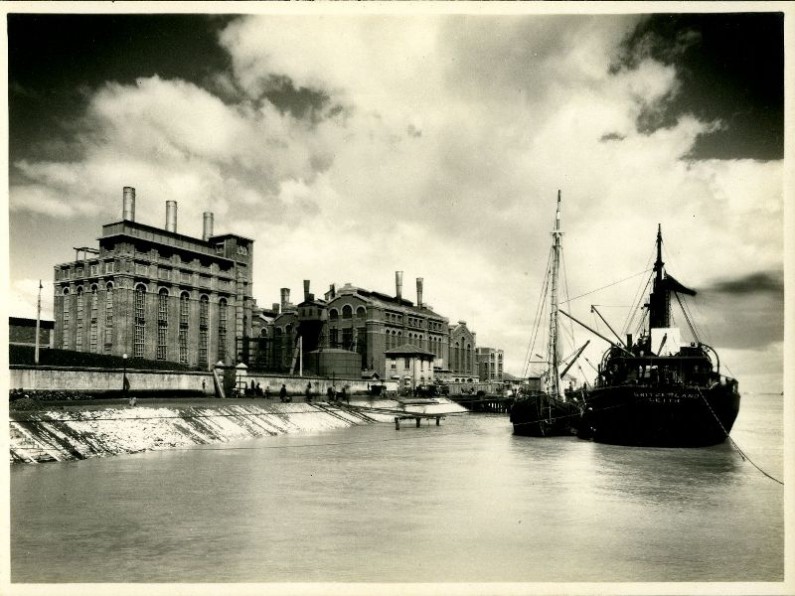 The Electricity Museum (in Portuguese Museu da Electricidade) is a cultural centre that presents the evolution of Energy with a Museum of Science and Industrial Archaeology concept, where themed and experimental exhibits live side by side with a great variety of cultural events. Located in the Belém area on terrain Lisbon usurped from the Tagus river (Tejo in Portuguese) at the end of the 19th century, in one of the city’s areas with the greatest concentration of historical monuments where one can find, among others, the Jerónimos Monastery, the Belém Cultural Centre, the Tower of Belém, the Padrão dos Descobrimentos, the Portuguese Presidential Palace and Museum, the Coach Museum or the Cordoaria Nacional (national rope factory). A building classified as a Public Interest Project, the Electricity Museum unfolds along the perimeter of the old thermoelectric plant – the Tejo Power Station, which illuminated the city of Lisbon for more than four decades.

Its opening as a Museum took place in 1990. Ten years later, the Electricity Museum’s buildings and equipment underwent a period of new rehabilitation, to reopen in 2006 fully renovated and with a new discourse and museum proposals. Today, by virtue of its cultural and multidisciplinary nature, visitors can enjoy several events; from the Museum’s permanent exhibit, where the operation and work environment of the old Tejo Power Station is demonstrated using the original machinery, to widely diverse temporary exhibits (painting, sculpture, photography…) as well as educational and playful spaces dealing with the energy theme, with educational games, outdoor solar power demonstrations, theatre, concerts, conferences etc.

The Electricity Museum is an integral part of the heritage and structure of the EDP Foundation, which belongs to the EDP Group – Energias de Portugal, SA.

The entire complex that makes up the Tejo Power Station constitutes an old thermoelectric plant that supplied power to Lisbon and its surrounding area. The building is unique amidst Lisbon’s architectural setting, and is one of the most beautiful examples of Portuguese industrial architecture from the first half of the 20th century.

The Tejo Power Station was built between 1908 and 1951, thereby undergoing several stages of expansion throughout this period. Its structure follows the western type of architecture of iron covered with brick, which shapes and decorates the facades in artistic styles that range fromarte-nouveau, in its older sections (low-pressure building), to classicism in the more contemporary parts (high-pressure building). With the station’s expansion, additional adjoining terrain and buildings were acquired over the years, becoming the great industrial complex it is today, with various cultural functions, always with the Tagus River, its namesake, in the backdrop.

Due to its state of conservation, the Museum underwent restoration work between 2001 and 2005 to consolidate its structure, renew its facades and interior machinery and, with a new museum project, transform it into what it is today.

The Electricity Museum’s wealth is not limited only to the museum’s visible aspects, but also includes its collection. The priority has been to recover elements that are worth exhibiting, through their restoration and conservation, as well as the acquisition, preservation and inventory of new pieces from other facilities from all over the country, or from private donors.

At the moment, the Museum houses a large quantity of movable effects on exhibit, such as boilers, turbo alternators and condensers from the 1930-1950’s, as well as collector’s items, such as pieces and equipment dating from the end of the 19th century until modern times. To highlight, the collection of household appliances, electric machines, pieces and molds of public and private lighting in wood and iron, laboratoryequipment, valves, models etc.