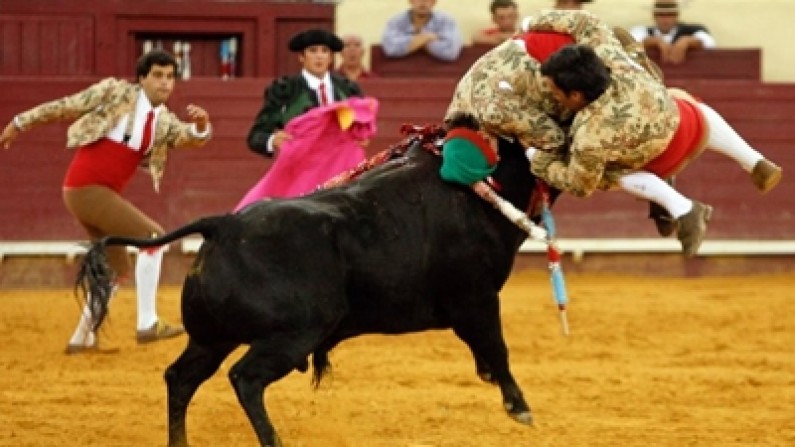 The Campo Pequeno Bullring (Portuguese: Praça de Touros do Campo Pequeno, lit. “Small Field”) is the bull ring of Lisbon, Portugal. It is located in the Campo Pequeno Square, by the Avenida da República. After a profound renovation, it re-opened as a multi-event venue in 2006, designed to be used for various events apart from bull fighting. It hosts a range of live acts and has seen many famous bands perform there. It includes an underground shopping centre, restaurants and a parking lot. 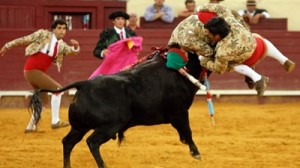 Lisbon’s bullring was built between 1890 and 1892 under the project of Portuguese architect António José Dias da Silva. His design was inspired by the bullring of Madrid, by Emilio Rodriguez Ayuso, later demolished. The style is the neo-Mudéjar, a Romantic style inspired by the old Arab architecture from Iberia. Lisbon’s new bull ring replaced an old one, located in the Campo de Santana. 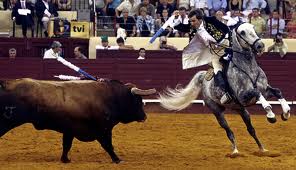 The bull ring has a circular floorplan with four large octagonal towers on each cardinal point with oriental-looking domes. The Western tower is flanked by two turrets and serves as main entrance. The many windows of the building have a typical horseshoeshape. The entire surface of the building is covered by bricks of orange colour. The inner arena has 80 metres of diameter and is covered with sand. The seats hold almost 1 parson.

Unlike Spanish bull fighting, in Portugal the bull is not killed at the end of the fight. This was decreed by king Miguel of Portugal during his reign of 1828-1834 as he considered it inhumane to the animal.